The only thing worse than being a witch is living with one.

Camellia’s adopted mother wants Cam to grow up to be just like her. Problem is, Mom’s a seriously wicked witch.

Cam’s used to stopping the witch’s crazy schemes for world domination. But when the witch summons a demon, he gets loose—and into Devon, the cute new boy at school.

Now Cam’s suddenly got bigger problems than passing Algebra. Her friends are getting zombiefied. Their dragon is tired of hiding in the RV garage. For being a shy boy-band boy, Devon is sure kissing a bunch of girls. And a phoenix hidden in the school is going to explode on the night of the Halloween Dance.

To stop the demon before he destroys Devon’s soul, Cam might have to try a spell of her own. But if she’s willing to work spells like the witch…will that mean she’s wicked too?

Janet: Rather to my surprise, I like this cover. It must be the beautiful green and gold on the magic book. The synopsis promises a light-hearted romp with a teensy amount of soul-searching that will likely end with Cam realizing that she can work spells without becoming evil. Cam will save the town and embrace magic (and Devon). And she and her mom will probably still get along at the end. If I was at the library in search of a blithe, non-angsty read, I’d pick this up and read the first few pages.

Nafiza: Like Janet, I like this cover. I like that she’s reading a book and there’s a circular effect (work) on the page suggesting a portal of some kind. The cover promises to transport you from your non-magical world to one where you keep dragons in the garage. Plus, Tina Connolly’s Iron Fey series is fun and has feminist themes so I’m looking forward to reading this one.

Yash: I also like this cover! I love her bright tights and the green book and the detail of the flowers in the broom. It’s all very … natural? Exactly like a girl chilling in her bedroom. And I love the tagline … which is only topped by the summary. I think I’d like to read this one too!

Grave robbing is a messy business. A bad business.

And for Thomas Marsden, on what was an unremarkable spring night in London, it becomes a very spooky business. For lying in an unmarked grave and half covered with dirt is a boy the spitting image of Thomas himself.

This is only the first clue that something very strange is happening. Others follow, but it is a fortune teller’s frightened screams that lead Thomas into a strange world of spiritualists, death, and faery folk.

Faery folk with whom Thomas’s life is bizarrely linked. Faery folk who need his help.

Desperate to unearth the truth about himself and where he comes from, Thomas is about to discover magic, and ritual, and that sometimes, just sometimes, the things that make a boy ordinary are what make him extraordinary.

Janet: What a title! The cover is cute despite the grave which for some reason reminds me of a very creepy Emily Carroll story – not my thing, but Yash will probably love it and (try to) talk me into reading. The synopsis leaves me ambivalent: it gives a much darker vibe than the cover does, for one thing. I probably wouldn’t pick this up, but that may be mostly because it looks SO MUCH like “His Face All Red,” which is amazing but freaks me out.

Nafiza: Trevayne gets ALL the pretty covers. This one is so pretty. I have her Chimes book which I haven’t read but I did read a couple of her stories in an anthology and liked them. So I will read Chimes first and see if I like her writing and then decide whether I want to plunge into this or get it from a library. If I had the money to buy books without considering anything, I would be totally getting this because it’s gorgeous. The synopsis is fun (imagining finding yourself in a grave!) and it’s just my kind of book. Yep.

Yash: It’s true what Nafiza said Trevayne gets ALL the best illustrated covers. I honestly couldn’t get into Chimes (I should probably give it another chance sometime later) and I had bought that one because a) it was on sale, but mainly because b) the cover was so magical and pretty and steampunky. I think I’ll wait for someone else’s recommendation this time, even though this looks like it could totally be up my alley.

Once again blending multiple story strands that transcend time and place, Grasshopper Jungle author Andrew Smith tells the story of 15-year-old Ariel, a refugee from the Middle East who is the sole survivor of an attack on his small village. Now living with an adoptive family in Sunday, West Virginia, Ariel’s story of his summer at a boys’ camp for tech detox is juxtaposed against those of a schizophrenic bomber and the diaries of a failed arctic expedition from the late nineteenth century. Oh, and there’s also a depressed bionic reincarnated crow.

Janet: The cover and synopsis are too disjointed to appeal to me.

Nafiza: I find the cover compelling: the monochromatic nature of it is appealing and the crow bursting out of the page is intriguing. However, the synopsis clearly makes this book as one that is not for me. It’s just that I’m more attracted by fairies and fantasy of a more supernatural kind than this one. Besides, this one seems like it will make readers cry and that…no.

Yash: I honestly haven’t liked any of the covers for books by Andrew Smith. But Smith’s novels come highly recommended, and so I had requested an ARC for this one. I’ll keep you guys posted! (The disjointed synopsis is something I kind of loved about the book!) 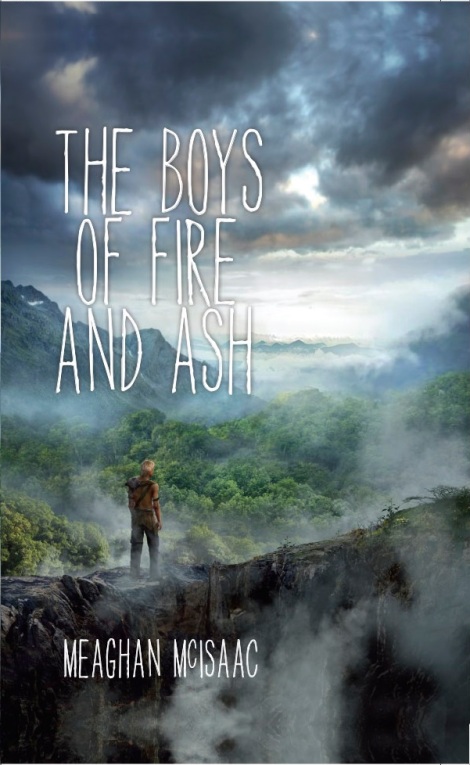 Fans of Rick Riordian, John Flanagan, and Anthony Horowitz will race through the pages of this dynamic and dark story about fighting for the people we love no matter what the cost.

Abandoned at birth, the Brothers of the Ikkuma Pit know no mothers. They fend for themselves, each training their Little Brother to survive until they turn sixteen, when it’s their Leaving Day. No boy knows what’s beyond the forest. But when Urgle’s Little Brother, Cubby, is carried off by troll-like predators, Urgle and two of his Brothers embark on a quest to rescue him from a place from which no one has ever returned.

Janet: The landscape is lush, foreboding, and lovely. The synopsis doesn’t stand out from the current abundance of Abandoned Youths Survive and Rescue Younger Siblings stories. The first few pages would have to be unique for me to pick this up. However, the potential to explore brotherhood and friendship is there, and if I was in the target age range I would probably lap this sort of thing up. If the first few pages were exceptional, of course.

Nafiza: This cover doesn’t say anything to me. There is a boy who seems to have weapons standing and looking over an untamed forest probably full of big black spiders and other dangerous things. There is mist creating an appropriately haunting and mysterious setting. The synopsis tells me this is an exploration of brotherhood and I could be interested in just to see how masculinity is explored in the book (especially since it is by a female author). At the same time, I’d be scared to because if the book only has male characters, I wouldn’t be able to find anyone to relate to (not that I can’t relate to male protagonist; I just usually don’t find most of them compelling enough to want to read an entire book about it). So I’ll probably be passing on this unless the reviews are crazily awesome.

Yash: The cover is pretty and I like how the guy is dwarfed by nature and I do love the font of the title- though I don’t think it suits the tone of the title and summary. It’s just … there are too many male characters. Fans of Rick Riordan, who (I believe) has written male and female characters of different races and sexualities, would actually by disappointed I think. But then, I could be wrong. As always, the summaries and covers are rather misleading.

Part Spy Kids and all fun, The Doublecross is the first in a fresh middle grade action-adventure series with a healthy dose of humor.

Everyone in twelve-year-old Hale’s family is a spy, going way back. They’ve all worked for the Sub Rosa Society, a top secret organization where new agents aren’t recruited; they’re born. His parents may be the ultimate spy team at SRS, but Hale isn’t a typical stealthy spy—he is, as his mother puts it “big-boned,” and as some classmates put it, “fat.” Still, he’s convinced he will someday be a great field agent. After all, it’s his legacy. But when both his mother and father go missing on a secret mission—likely captured by the SRS’s number one enemy—it’s Hale’s time to step up and (with a little help from his acrobat-cheerleader little sister) save the day.

With a hilarious and charismatic cast of characters, popular teen author Jackson Pearce makes a fantastic debut in the middle-grade arena.

Janet: The cover doesn’t strike me except that the boy is distinctly chubby (unusual!), the girl looks agile and probably annoyingly determined (from the boy’s perspective, anyway), and they’re both doing something active. The synopsis has some appeal. I wouldn’t pick this up right now, but then, I’m not the target audience. If I read it I would probably enjoy it. I’m just not in the mood for a spy story.

Nafiza: I like the cover. It’s cute and as Janet said, it unusually features a chubby boy protagonist which is a good thing because guys fight with body image (though perhaps to a lesser degree than girls) too. I would pick this up and read a few pages. I haven’t had much success with Pearce’s books before but I’d be willing to give this a try.

Yash: I too like the cover. It’s bright and cute and definitely catches the eye. Buuuut I dislike spy stories and there is no magic involved here or horror … so unfortunately, for now, I will pass on this.