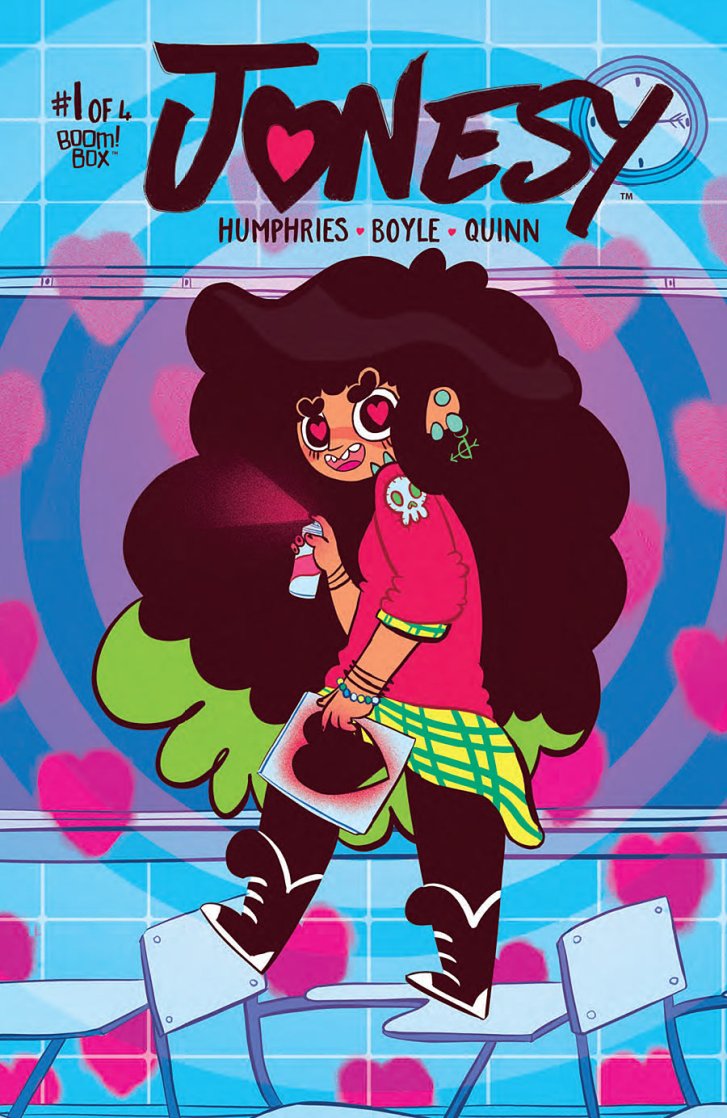 Gather up, guys, I’ll tell you a little story. It all started with me sitting in my humble abode and thinking about fairies. The former happens all the time, the latter not so much. It went something like this: “fairies are pretty cool,” I thought to myself, “but they mostly live in the woods, and I don’t like the woods much. There’s barely any internet there.” Then I started imagining my ideal contemporary fairy book. “Man,” I mused, “what if there was a book about a girl with fairy-like powers, but she didn’t live in some dark woods, but instead was in high school. What if she used social media, obsessed over a pop star, had cool classmates, AND, what if her dad owned a donut shoppe called Donut Worry Be Happy?” 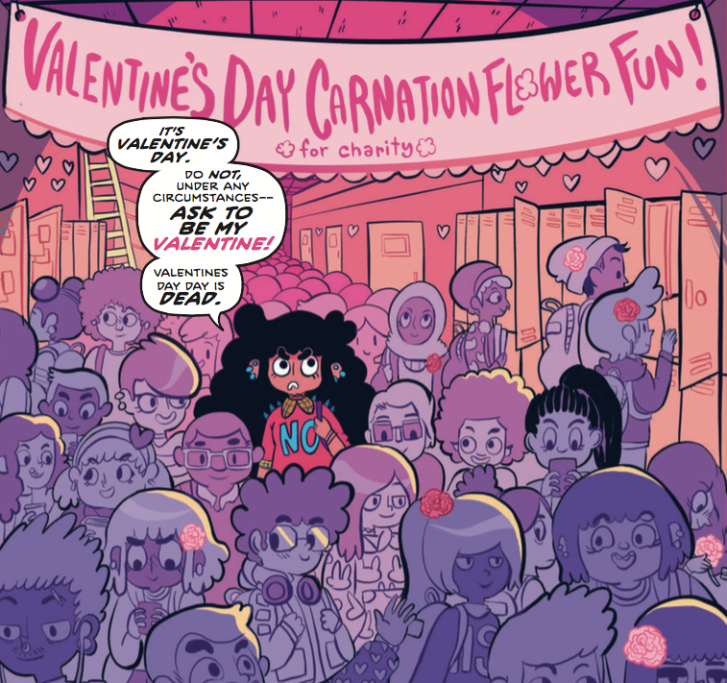 Jonesy is published by Boom!’s BoomBox imprint, also known for a variety of great titles like Lumberjanes and Giant Days. Jonesy’s creative team consists of Sam Humphries, Caitlin Rose Boyle, Mickey Quinn and Corey Breen. The comic’s titular character is a high school kid who miraculously gets the ability to make people fall in love with anyone or anything. But there’s a kicker: that anyone cannot be herself. So while she can’t make Stuff, her pop hero obsession, fall in love with her, she can make a whole bunch of people instantly feel like greasy slimy gopher pops (actual thing in the comic) are their one and only.

Worth noting is the fact that the comic starts with the “worst day ever”, and I strongly believe this is precisely how every high school story has to start.

To be honest, I haven’t read a comic that’s so fun in a good long while. I’ve read some good things, but nothing where I could sit back and enjoy the ride quite as much as I did with Jonesy. The writing is wonderful, the art makes makes me grin and giggle every other page, the comic as a whole is just so bright and uplifting. I’m also clearly not the only one who loved the book so much, as the comic’s publisher extended Jonesy from a 4 issue limited series into an ongoing a few months ago.

Oh, did I mention the comic has ferrets in it? It totally does! 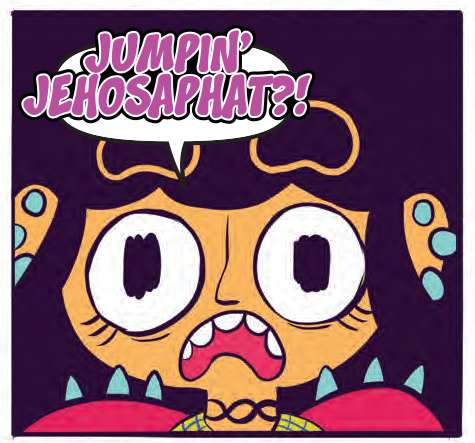 Jonesy successfully portrays the never-ending high stakes drama of high school and mixes in some magic, ferrets, and slimy gopher pops while doing so. Now is the perfect time to jump onto the Jonesy bandwagon, as both Issue 5, the first issue of the new arc, and the very first collected edition come out on August 3rd. Are you already on the phone with your local comic store or buying all the issues on Comixology? I thought so.